We have just published our new book Future Focused Leadership check it out here! 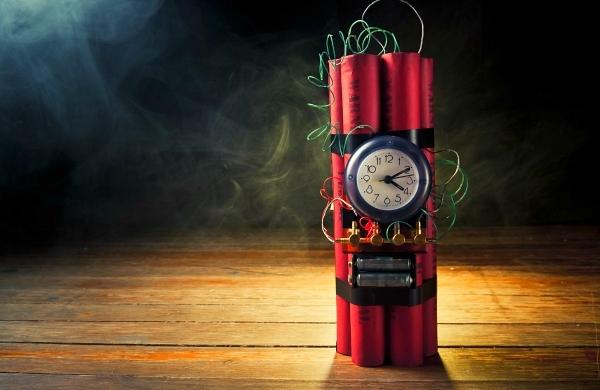 The American automobile industry had been motoring along, with relative success, since the late 1940s. However, in September 2008, one of the critical underlying assumptions on which its business model required for success failed. Consequently, the said failure brought General Motors and Chrysler Corporate to bankruptcy.‍

The underlying assumption on which the American automobile industry’s business model prospered was neither acceptable quality, nor cutting-edge automotive design, nor increasing functionality, nor even affordable pricing. Instead, the critical underlying assumption on which it prospered was... available consumer credit. Mind you, it was not low-cost consumer credit—since  in the 1970s auto loan carried interest rates in excess of 12 percent—but available credit at any cost.

In September 2008, with the failure of Lehman Brothers, the credit markets evaporated virtually overnight. In the ensuing three months, an auto loan or lease could not be had at any cost. Since the vast majority of auto sales were financed with auto loans and leases, and none were to be had, it didn't take too many days, less than 90, to bring two of the largest companies in the world to bankruptcy.

How could this happen? Consumer credit had always been available since the late 1940s. For approximately 60 years, it had never been an issue regardless of the price. What everyone overlooked? The underlying assumption that consumer credit would always be available. That assumption was never challenged, and that's the biggest issue.‍

Identifying and challenging the underlying assumptions is the first step in developing a futures-thinking orientation to both operational and strategic planning. The unfortunate case of the American automobile industry highlights the significant risk involved in the failure to identify and challenge underlying assumptions in business models. Understanding the potential risk promotes active scanning of business environments for early signs of weakness in the assumption and provides the opportunity to take early action to mitigate potential risks.‍

Articulating these previously-unrecognized assumptions allows the opportunity to consider them as significant drivers in formulating future scenarios.  In the automotive industry case, actively considering the maximum availability or limited availability as the continua of a scenario driver would have provided the parameters for the best case and worst case scenarios. Scenario planning based on a credit availability driver may have provided the basis for strategic vigilance of the credit markets.

Not identifying and challenging the underlying assumptions of a business model is a time bomb waiting to happen as the carnage of General Motors and the Chrysler Corporation can attest. As you engage in strategic thinking and planning for your organization, make this your very first step. The Flagship Futures Group can help you take this critical first step.

A Peek Into the Future of Business

How Far Into the Future Can You See?

Are You Future Smart?

Why You Should Shift to a Future Thinking Mindset

Thank you! Your submission has been received!
Oops! Something went wrong while submitting the form.
We promise not to spam your mailbox with any unwanted mail.